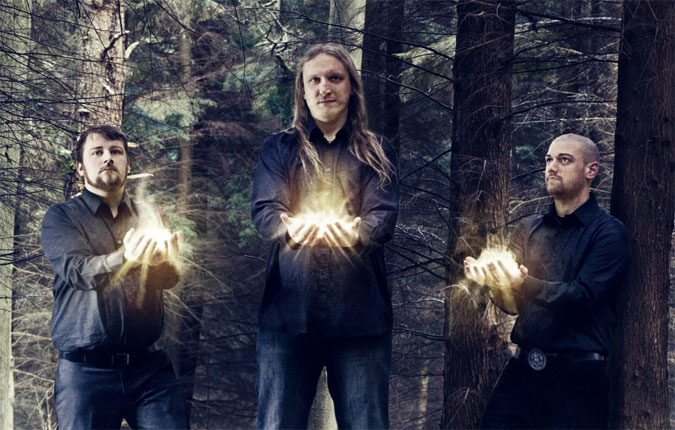 Formed at the end of 2004, the fledgling audio entity entitled ENOCHIAN THEORY (Pronounced E-KNOW-KEY-AN) began to work hard, practice harder and progressed quickly from the start, with the aim of pushing themselves as musicians and expanding their sound as far as possible.

Enochian Theory recorded, mixed and co-produced their 1st release in June 2006 titled ‘A Monument To The Death Of An Idea’, the band also created the records artwork, aiming to deliver a high quality yet faithful representation of the Enochian Theory’s current creative efforts.

Even at this early stage the band were playing support shows at their local venues with acts such as Ephel Duath, Twin Zero, Negura bunget and Red Sparrows.

After some careful thinking, the band decided to combine their industry knowledge and form their own Record Label and Promotions Company for the sole reason of supporting the band’s interests. ‘Anomalousz Music Records’ was officially formed In January 2007, signing a distribution deal seven months later with CODE 7/Plastic Head Distribution. 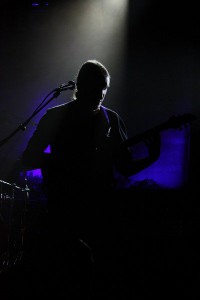 When it came for Enochian Theory to start work on their 2nd release in August 2008, the band teamed up with friends Josh Eaves, Ross Gill and Rich Tamblym for the engineering, working at their own studios in the UK. During this time Enochian Theory had arranged for the project to be mixed by Swedish producer “David Castillo” who’s other notable works include – “Katatonia”, “Opeth”, “Bloodbath” and “InMe”. David Castillo introduced the band to Swedish artist “Robin Portnoff” who immediately found a connection with the project and began working on the albums visual direction closely with the band.

Once the album “Evolution: Creatio Ex Nihilio” was completed, it was released in Europe only during August 2009. Again on the bands own Record Label, it received a very warm reception within the media, gaining many Magazine & Webzine reviews with coverage over Europe, including high praise from Bruce Dickinson (Iron Maiden) and Steven Wilson (Porcupine Tree). This same year the band played at the prestigious Progressive event “ProgPower Europe” held in The Netherlands with headline act “Evergrey” and was nominated for 2 awards at The Prog Awards Italy.

To finish off the year Enochian Theory played a show with “Katatonia” in November 2009.

At the start of 2010 Enochian Theory entered talks with Mascot Records about re-releasing “Evolution: Creatio Ex Nihilio”, taking the band to the next level and building the future career of Enochian Theory. The band signed the final contract in May 2010 joining the Mascot Family with artists such as John5, Volbeat, Gojira, Billy Sheehan, Marty Friedman, Black Country Communion, Arjen Lucassen, Spock’s Beard, Paul Gilbert, Joe Bonamassa and many more.

In July 2010 Enochian Theory headlined the 2nd stage at Metal Camp Festival in Slovenia, which was shortly followed by a full European Tour during September 2010 with label mates Spock’s Beard. “Evolution: Creatio Ex Nihilio” was officially re-released on 27th September 2010.

In March 2011 the band embarked on a UK Tour, part of which was sponsored by the Magazine “Classic Rock Presents Prog”. Enochian Theory were chosen for the tour by the Magazine’s editor along with another two up and coming UK Prog bands “Jurojin” and “Touchstone”. 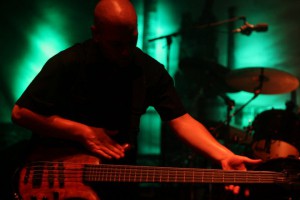 Enochian Theory had started composing their 3rd release when they returned from touring in late 2010, and in August 2011 the band entered “Aubitt Studios” (UK) for the full production of the new album with producer Rob Aubrey. Enochian Theory worked with Rob on the Spock’s Beard European Tour and his previous history with artists such as “IQ”, “Tony Levin” and “Transatlantic” only helped with the decision for the band to work with him on their important 2nd Album.

The albums art direction was once again handled by the amazing artist “Robin Portnoff”, taking the “World” they had created together to the next level, exploring it further within the new albums artwork and also with the bands special on going animated visual project “The Fire Around The Lotus”.

The Original Storyboard and Concept was first conceived in 2008 by Robin in connection with the bands album artwork for “Evolution: Creatio Ex Nihilio”. But because such a high budget production level was needed to fully convey the idea in visual form, plans for the film were shelved until the band found a suitable and willing team for the task in 2010. The “Short Film” style music video has been in production for nearly 3 years behind the scenes, with a lot of dedication by the incredible team consisting of Matthew Howard, Adam Wozinak and Jack Fairclough.

The new album “Life… And All It Entails” was released on March 12th 2012 and once again gained high appreciation within the European Press. Steven Wilson (Porcupine Tree) praised the new album, commenting on the production and craftsmanship of the song writing.

Enochian Theory shot a music video for the track “Inversions” with the UK production company “One Name Films”. This video would feature “The Lost Orchestra” visually for the first time and was released for internet viewing in May 2012. 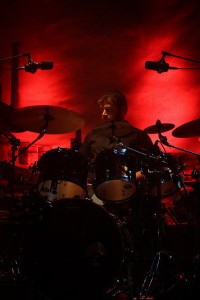 The band performed tracks from the new album in July 2012 at “The Night Of The Prog Festival”. Held in Germany, Enochian Theory were asked to perform by the festival organisers alongside Katatonia, The Flower Kings, Spock’s Beard, Steve Hackett and other respected acts.

In August 2012, Enochian Theory signed a Publishing deal with “Northern Music”, the management company behind acts such as Devin Townsend, Opeth, and Katatonia.

For the remaining of that year the band continued to grow, joining the Djent/Progressive band “Tesseract” for 2 UK shows during September, and performing with progressive/psychedelic rock legends “Gong” at the Shepherds Bush Empire London (UK) in November 2012. During this time “Life…And All It Entails” appeared in the Amazon Germany Bestselling Charts and was voted one of the best Rock/Metal albums of the year by iTunes.

At the start of 2013 it was announced that Enochian Theory would tour as main support for Progressive Metal band “Threshold” on their European tour during March 2013. The band were also announced as touring support for 70s Prog Rock band “The Enid” for UK dates in April, and joined “Tesseract” again this time on a full UK tour with “The Algorithm” during May 2013.

As the success of the bands current release “Life…And All It Entails” continues to grow, Enochian Theory have now commenced work on writing their next full length album planned for 2016.