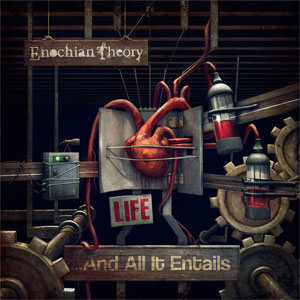 Following extensive touring in support of Evolution: Creatio Ex Nihilio through 2009 and 2010, Ben Harris-Hayes began writing new material in early 2011, trying new ideas and implementing some of the new techniques he had learned in the previous few years. In mid-2011, with 90% of the album written and in listenable demo format, Ben shared his demos with Shaun and Sam for listening and they began working together on the bass and drums. The band began working officially on their second full length album and first original recording for new label, Mascot Records. The album was composed and ready for production in August 2011.

The band entered Aubitt Studios in Southampton, UK with engineer/mixer, Rob Aubrey to record the new album. They had met and worked with him the previous year during the band’s tour with Spocks Beard. Rob’s previous history with artists such as IQ, Tony Levin and Transatlantic only helped with the decision for the band to work with him on this important record. Aubrey recorded and mixed the album with the band over the course of several weeks.

The finished album would feature thirteen tracks comprising twelve new compositions and a remastered version of The Fire Around The Lotus from their previous album.

The band also returned to artist Robin Portnoff who had provided the striking visuals for the band’s previous release. Since that release, they had always considered Robin as a very important part of the band and it was only right he completed the artwork for the new album, expanding on the visual world he’d created for the band.

The new album “Life… And All It Entails” was released on March 12, 2012 and once again gained high appreciation within the European Press. Steven Wilson of the band Porcupine Tree, praised the new album, commenting on the production and craftsmanship of the song writing.

Due to outside issues and influences the band needed to write and record a new album in a very short space of time. As a result the vocalist/songwriter Ben Harris-Hayes began writing in January 2008 and continued until March, when the band was sure they had enough material to proceed.

To accommodate the short time frame, the songwriting process differed from their previous releases, with the vocalist composing all the music and main structures. Using specific music software packages and MIDI sequencing and samples to recreate a full band performance, Harris-Hayes could see how sections flowed and how they would sound with a full band playing the songs.

The band then worked on these songs together, when they practiced three times a week at their Pyres Of Mithrandire studio and rehearsal space. When they were sure that the songs would work as a three piece band, Harris-Hayes started working with The Lost Orchestra to compose and perform the album’s orchestral pieces.

With thirteen tracks written and ready to take into the studio, pre-production began at the beginning of July.

The drums were recorded at The Old Blacksmiths Studio in Portsmouth with the band again working with the Emmy nominated engineer, Rich Tamblyn, who had co-produced the band’s A Monument to the Death of an Idea EP. The guitars, bass guitar and vocals were recorded with Josh Eaves and Ross Gill at Rossgill Studios in the city and the orchestral arrangements and recording were completed at Harris-Hayes’s home Etherial Tantrum studio. Recording of the album was completed on 12 October 2008.

The finished recording was mixed and mastered in Sweden by David Castillo, who had co-produced Katatonia‘s album, The Great Cold Distance, on the Peaceville label as well as mixing the Opeth album Watershed on the Roadrunner records label. It was mixed in Castillo’s recently completed new state-of-the-art recording facility Ghostward and was the first project worked on there.

The artwork for the album was conceived and realized by the Swedish artist Robin Portnoff, who had been introduced to the band by Castillo.

In May 2009, the band placed three of the new tracks, “Apathia”, “Movement” and “Waves of Ascension”, on their website and myspace page.

Although the album was not due to be released until August 2009, pre-release copies started to make waves in the industry with the organisers of the ProgPower Europe festival booking them to appear at the 2009 event. Blabbermouth.net quoted the festival organisers who said, “Probably hardly anyone has ever heard of this band, but that will definitely change when they will release their new album in August 2009,” and “ENOCHIAN THEORY definitely will surprise many of you.”

Distribution for the band’s independently released CD and downloads was once again handled by CODE 7/Plastic Head Distribution with the band keen to build on the working relationship that began with their A Monument To The Death Of An Idea and “Namyamka” releases.

In the build up to its independent release, tracks from the new album received rotation on Kerrang radio and Bruce Dickinson‘s BBC 6 Music rock show.

The album was released through the band’s own independent Anomalousz Music Records label on 3 August 2009 followed with wide press coverage in music publications across Europe including the English, German and Polish editions of Metal Hammer, Classic Rock, Terrorizer, Zero Tolerance, Rock Sound, the German and Greek editions of Rock Hard, Powerplay rock and metal magazine, Big Cheese, the Spanish magazine This Is Rock, the Italian magazine Metal Maniac, the Norwegian magazine Helvete, the Finnish magazine Inferno and the Romanian rock and metal magazine Maximum Rock.

On 29 April 2010, the band announced they had signed a deal with Mascot records. As part of this deal, the album was re-released worldwide through the label on 27 September 2010. 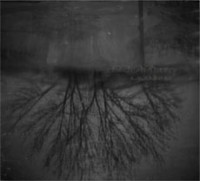 In June 2006, Enochian Theory entered The Old Blacksmiths studios in Portsmouth with Emmy nominated producer and engineer Rich Tamblyn and began to record the tracks for their second record, entitled A Monument to the Death of an Idea.

The band had written several new songs since the release of the Our Lengthening Shadows E.P/Demo and had chosen to completely rework two of the songs from that E.P for inclusion on the new recording.

After lengthy rehearsal and last minute musical changes the E.P’s five tracks were recorded, mixed and co-produced by the band in four days.

Work then began on artwork for the CD with the concept and realisation being done completely by the band themselves. This was finalised in August with the E.P now ready for release.

Initially available only through the band’s website and shows, the band would form their own record label to support the release and signed with CODE 7/Plastic Head Distribution to ensure worldwide distribution for the CD.

Press coverage followed with the CD being well received by music publications. Rock and metal magazine Powerplay, dubbed it “Excellent stuff” and “A little bit of musical magic”. Classic Rock Magazine were equally impressed saying “If you like your prog full of planet splitting drama…Enochian Theory are the band for you”.

In April 2007 the band signed a distribution deal with Plastic Head Media Distribution for the download single release of “Namyamka”.

It was released to rock and internet radio stations and was accompanied by a professionally shot promotional video for the song, which was made available for request on rock channels Kerrang! TV, Scuzz and Rockworld TV.

Reviews of the single were in the same vein as those of the E.P, with such comments as “Enochian Theory perform soaring, atmospheric, progressive, modern rock of the quality that seems to have been missing from the UK scene for many years” from Rock3Music.com and “Enochian Theory are about to explode and there’s nothing we can do about it” from Black Velvet.